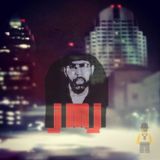 DJ/Producer "Jammaster" James Franco has a message for the world: "Be true to you in all that you do." He delivers that message with heart and soul thru many mediums and a sincerity that shines in everything he does.

From as early as 5 years old, he remembers being constantly exposed to and influenced by many of the musicians and singers in his family on his mothers’ side and niteclub, theater, music store and restaurant owners as well as radio/tv personalities on his fathers’ side. With this being his environment throughout his impressionable years, he was groomed and destined to make his mark in the world of entertainment.