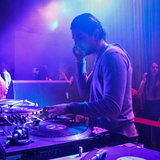 Let There Be House

Influenced by a wide array of music, DJ Don Juan has found a way to share his passion for music with the Calgary nightlife. Known for his ability to read and feed a crowd, Juan gained his popularity by blending yesterday’s hits with tomorrow’s sound. His bi-monthly sets released on soundcloud (Pregame Mixdown) have received over 50 thousand hits in just over a year, landing him a spot in Calgary's biggest nightclubs and residencies. Follow him on all social media platforms under @iamdjdonjuan