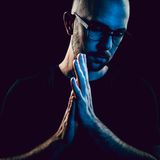 Never miss another
show from Hosse

Thanks to his father (musician and composer) he has been in music since the age of 12. He was influenced by the sounds of Jazz, Soul, Funk and transported them into electronic music. In 1999, he started to work as a composer of electronic music in musical software and hardware synthesizers. Deep House, UK-Garage and House music are the styles that he feels himself identified with.
Hosse is a part of 'Urbana Recordings', where he released his first work 'The Beginning EP' with two singles called 'Keep on fire burning' and 'Join Hands'
He has collaborated with some important artists like The Cube Guys, David Penn, Rober Gaez, Jabato among others.