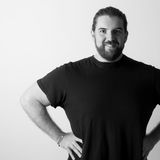 Never miss another
show from AlvaroVergara

With more than ten years of experience under his belt working in the most important clubs in Spain and internationally, Alvaro Vergara is considered one of the DJs most in tune with the public, something fundamental in his profession. Respected by his fans, DJs and promoters, who devote themselves to his sessions, his style spans all classes of House including a Balearic Sound which keeps everyone on the dance floor. And this does not only describe his facet as a DJ but extends to his work as Party Promotor as well.
I have been playing in clubs like Catedral Sevilla, Boss Sevilla, Antique Sevilla, Bestiario Sevilla, Dreamer´s Marbella or at the most exclusive club in Europe, Olivia Valere Marbella, as well as international (Ambassadeur Stockholm, Park Lane Gothemburg, Nörjesfabriken Karlstad, Luminal Milano) or the most exclusive clubs in New York like Marquee, Pink Elephant, Nikki Beach NY, Tenjune or RdV) and special mention to the legendary club Ministry of Sound in London.