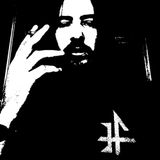 1984: at the age of 6, he studied music theory, singing (Choral) and started with classical music / jazz (trumpet / brass section) in a philharmonic orchestra for 10 years.
1993 is the shock with the arrival of the Thunderdome compilation! he wants to do that kind of sound, discovering Detroit's Techno thanks to Jeff Mills and the ever-expanding Metal Scene! he gradually begins to collect his first Techno vyniles,
1999, after acquiring a Roland MC-303, he bought himself turntables and began to play Techno , then very quickly goes to the composition MAO, keeping his orchestral side ...
also known under the name: Lord Skeletton & alias Krozen