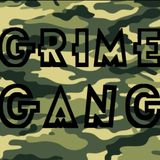 Tun Up Show EmpireLDN Guyver and Jammin 09052017
by Mad Vybez

My name is Dj Mad Vybez (orginally Madman but was convinced to change it in 2006) I started getting into music from around 1996 I was really in to the US garage. I had TDK tapes of everything garage. In 2000 I started really getting into the clubbing scene Tuesday (Gas Club), Thursdays (Capital club) Fridays (Collisium, SW1, Ministry Of Sound) Saturdays (Leasure Lounge, Temple, Club space). I loved Uk garage I still do (lost allot of my uk garage vinyl :( ). Then in 2000 I went to see EZ play at Smoove @ MOS that was the moment I knew I wanted to spin records. ever since then I have been collecting vinyl. Dj'ing is more as a relaxation/pass time for me.

In 2002 I started to collect more of Grimey side of garage vinyl as I loved the sound Wiley, Jammer, Youngstar were coming out with. Done various Pirate stations in East and North London also Internet radio stations.

My current sound is mainly Grime, Dubstep and Trap Music