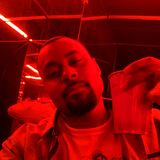 “It’s fire when your in the mix with DJ Smokie Smoke” DJ Smokie Smoke is a DJ from The Bay Area. San Jose California to be exact. Originally learning to DJ, creating Mixtapes & Mix CDs as a teenager with his parents' diverse vinyl collection. His early beginnings in the Bay Area local music scene started in 2006 as ¼ of the music group Hyphy Mobb. Releasing the single “Let Ya Feet Work” in Summer of 2009. Holding down multiple roles as DJ, Promoter, Graphic Designer & Artist for the group it was only right to go solo to DJ. In 2013 DJ Smokie Smoke invested in equipment and marketed himself as an event DJ. Booking a variety of different gigs. Performing at shows, weddings, clubs, schools and private parties all over California from Sacramento all the way to Los Angeles.
In 2018 DJ Smokie Smoke became a regular DJ in rotation at the after hours. There he was able to network and make a name for himself by playing Bay Area Slaps and local music.