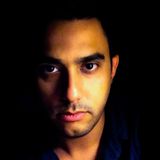 Ben Hoo - We Are Night People #62
by Pioneer DJ RadioReposted

In the MOOD - Episode 55
by Nicole MoudaberReposted

Becoming a fanatic of the electronic music in the late 90's. Michel Legarza grew interested on getting serious about the music. Most of his influences were worldwide Djs like Sasha, Carl Cox, Roger Sanchez, Ricardo Villalobos, James Zabiela, Dubfire and many others. Michel Legarza started his DJ career in 2005 with hisProgressive and tribal sounds. During all of these years, Michel Legarza has been playing at parties and festival around the nation. His passion for the music tide him with the drug of House, Tribal, Deep and Tech-house music forever.