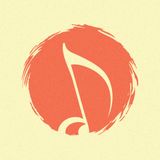 Let there be Energy, Frequency, and Vibration!

In short. I think I discover the "magic" through the radio show called "Club Night" early back in the years 1999 and 2000. A mentioned radio show promoted the global underground house scene from that period. The second important moment is the legendary nu-jazz album "Tourist" (released 2000) by French artist St. Germain (aka Ludovic Navarre). Album "Boulevard" (released 1995) also made by St. Germain, is another important thing in shaping my style.