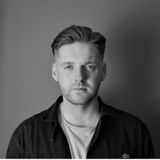 Dave has been DJing for close to 10 years and has played over 500 gigs with close to 200 of them being from Weddings. Dave started DJing as any DJ does in his bedroom. Using his parents compilation album’s of 80’s and 90’s club classics to learn from which at that early age cemented his love for music and most importantly DJing. At the young age of 12 he was performing at school disco’s and community events which then led to birthday parties. It was at this point he got in touch with radio legend Glen Pavis who gave Dave a job in Dundonald International Ice Bowl as a DJ for public skating sessions. Here is where he learned his craft using a microphone presenting and engaging with his audience. Something that today you will see him do at every gig he plays.
With experience DJing in clubs, festivals, corporate events, radio and weddings Dave’s sole focus is to create an atmosphere of positive vibes through his microphone presence and music selection.