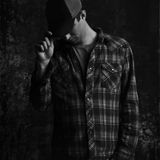 Brandon was first introduced to the electronic music scene as a teenager in the 1990’s. He attended underground parties in neighboring cities such as Chicago & Detroit which exposed him to the early sounds of House & Techno. Inspired by DJ’s such as Terry Mullan, Derrick May, & Richie Hawtin, Brandon put his sole focus into acquiring & mastering a DJ / production set-up of his own.

He progressed quickly from there, co-creating the iconic duo Disko Kidz & releasing his first EP Cold Phused on Soul Phusion Records in the spring of 1999. Shortly thereafter, the Disko Kidz started performing their signature brand of high-filtered house & hard-edged techno to audiences worldwide.