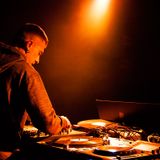 Never miss another
show from BEATandKILL

BEATANDKILL was born in Rome in 1981, and already from the early age of 15 buys some decks and starts his journey towards the world of DJing. The first dance floors to interest him are the ones of the Rave Party and the Squat Party, where he is active as organizer and as DJ, with other local crews.
With a big passion for Techno, Acid Techno, Hardtek, Hard Techno, Detroit, Electro, Ambient , Punk Rock, Metal, Hardcore, Crossover, Hip Hop, and Funk, BEATANDKILL is very varied in his DJ sets. Influenced from a lot of past musical experiences, he manages with his sets, that never stop to a single musical style, to fuse together music attached to an interpretation, often dark, but able to make people dance with ‘committed’ rhythms, going from 135 to 145 BPM.
In Rome he has already shared the stage with big international artists, like Samuel L Session, Leo Anibaldi, Paolo Zerla, Simone Renghi, Silvia Trix, Maxx , Mimimal Rome , Truckstop76, Max Durante,Chris Liberator,Jeff Amadeus,Beroshima