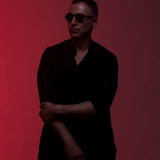 Never miss another
show from Dubfire

From global success in the commercial domain, to equal accomplishments within the underground scene, Dubfire is an artist whose drive, talent and intuition have placed him in the top tier of electronic music artists in the world. Last year marked the tenth anniversary of his solo career and his revered SCI+TEC imprint. Dubfire, never one to dwell on the past, is now ready to take on the next decade with the same unrelenting work ethic and determination to innovate, evolve and entertain. Whether it’s his involvement with Deep Dish, his solo performances at many of the world’s most influential clubs and festivals, his remarkable story, documented in ‘Above Ground Level,’ running SCI+TEC, dropping albums like ‘A Decade of Dubfire’ and ‘[SCI+TEC]10,’ or simply exploring the boundaries of audio and visual technology, he is in a class of his own.