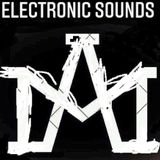 Never miss another
show from Macrossoficial

3 months with my little boy!!Electronic sounds by Macross vol 4
by Macrossoficial

MACROSS (Alex García Estrada)
- He was born in Palamós on 9/25/1981
Behind his back he accumulates 25 years of experience, with only 15 years old he learned to DJ at his friends' house since he could not afford to have some dishes at home. Thanks to the support of his masters in the art of mixing, he has managed to feel the music as he would never have thought, his style is based on a mixture of technical ability and a sixth sense when it comes to mixing, his ability in front of the turntables does not leave surprising, even those from whom he has learned so much. Throughout his career in the world of music, he has gone through almost all the styles of electronic music that exist, in almost 15 years since he began to DJ in 96. His main virtue is that he is not only pigeonholed in a specific style of music, and his sessions are loaded with dynamic rhythms and varied melodies, his mission is to make you not stop moving in his sets