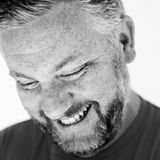 Never miss another
show from ATFC

ATFC’s picture hangs in the House Music Hall of Fame. OK, so it’s on a rusty nail in the toilet under the stairs at the end of the hall, but the point is that it’s there; a proud testament to one man’s ability to both devastate dance-floors with his explosive, peak-time sets and deliver sickeningly slick productions at an awe-inspiring rate.

This heavyweight of House was born to Anglo-Turkish parents who immediately named him Aydin Hasirci; Ottoman Turkish for “He who blends 2 records skilfully, is a purveyor of slammin’ yet soulful house music whilst simultaneously being a master at whipping up a delicious Spaghetti Carbonara”. Longwinded yes, aspirational most certainly but also quite a burden to lay on a newborn baby. Happily though the young Aydin blossomed into exactly what his parents had prophesised and now occupies a unique position within the occasionally rich and often beautiful world of dance music.