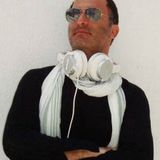 Zac f began his mixing career at late 80’s moving through disco and funk to, house and hip-hop in famous clubs in Athens and Santorini.
Till now with deep, tech and minimal house style.At the same time being a musician, soon drove him to music production and remixing.2005 started his collaboration with “PLANETWORKS” making tracks for a lot of best sellers compilation such as “ LA SUITE” ,”SUNSET & SUNRISE”,”REMIX”,” ENIGMA WET”,"SEDUCTION" etc.
2007 starts his collaboration with “THE SOUND OF EVERYTHING” and makes his debut album “A NIGHT AT THE PORT”: a minimal - electronic flavor.
2011 the second album is coming...“A NIGHT AT THE PORT II” again by “THE SOUND OF EVERYTHING” with deep , tech and a sense of minimal flavor.
2014 begins a unique collaboration with the famous international brand in the cosmetics field, Napoleon Perdis, as his exclusive music producer for its campaign.He makes tracks for "BUDDHA BAR" “GALAXY MUSIC HILTON”,"SANTA MARINA - MYCONOS"etc