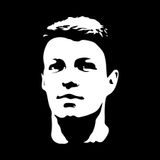 Never miss another
show from Yakka

Support Yakka by subscribing directly to this channel and get access to exclusive rewards.

Croatian award winning DJ and producer Yakka is one of the leading house music figures in Croatia and region. From his early start in late 2000s until today, he has been involved in electronic music scene as a DJ, producer, label manager and event promoter. Resident DJ for BSH events, Hula Hula Hvar, Pink Champagne Hvar, 305 A.D Club Split.