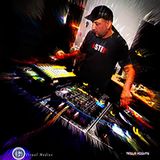 Never miss another
show from xnorophis

Xnorophis offers an organic edge to electronic music bringing in acoustic elements, world sounds and ecliptic vocals to the mix. Several albums have been released since the first in 2006 which won Trip Hop artist of the year from LA Music Awards and was also featured in travel documentaries and trailers for the CBS series Heroes and Law & Order.

The music has diversified a lot since then and adopted styles of dubstep, techno, progressive & psychedelic. Xnorophis has played at various electronic music festivals including Eclipse, Timeless, Open Mind, Space Gathering, Alweezgrooven & Tatanka, both in the chill and main stages. Xnorophis is created by Scottish producer Martin Bennett who resides in Montreal, Canada. He enjoys working with guest artists locally and from all parts of the globe to spice up the sound.