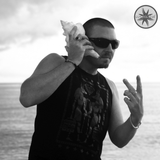 Never miss another
show from NITEBLOOM

Dark Side Of The Room ~ A Chilled Interpretation
by NITEBLOOM

Nitebloom is the official exclusive label dj for Cosmicleaf Records in USA,
also part of the editorial team of Nagamag Music Magazine.

Nitebloom, involved in the underground scene since the late 90s, he has seen styles come and go. Before the great EDM explosion that brought electronica to the main stage, and paved a way. Originally from Poland and living in South Florida since 1989 he has been privileged to attend thousands of events that assisted in shaping his unique style. Always finding himself as the curator of the vibe, he decided to DJ around 2009. Quickly gaining a reputation for a unique chilled sound, he gained the trust and blessings of the scene. Landing residency at one of Miami's finest clubs, the Vagabond. Opening for artists such as John Digweed and other numerous world-class acts. His sets are engaging and pull the audience into a borderless landscape, where genres are blended with precision. Today, he continues to be a respected presence with momentum.