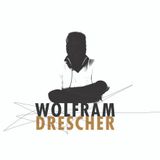 Wolfram Drescher was already enthusiastic about electronic Music in the early 80s, his first record was Kraftwerk Music non stop, Wolfram quickly realized that listening to this music was not enough so he started as the first DJ (1993) in Happyhouse in Wuppertal as first Techno Resident ever. Afterwards he played at many parties as well as he was a resi at the Planet Club Bochum, aswell as the Butan in the beginnings. No Dj Marked the sound of a city like Wolfram Drescher (he brought many Djs who are active today) after many beautiful nights on German Dance Floors Wolfram decided in 2013 to put his skills to the test in Croatia. He played on many Festivals and also in many clubs in Croatia from Zrce to Petricane one knows his name, but as it is the home pulls everyone back again and so it had to come after a small break he is now put on again, with his first self-produced
send your Booking request too :
YellowRabbitRecords@gmail.com