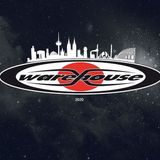 Never miss another
show from warehouseclub

Elektronische MUSIK von ANFANG an seit 1990.
Everything began in Cologne, Wilhelm- Mauserstr in 1990. At that time a few guys popularized a style of music called ACID in Cologne and its environment. Nobody ever thought that this style of music (better known as Techno, House, Electro, Progressive, Schranz, Trance etc.) would develop that extremely and would be based that much in the German club scene today. The biggest boom was in the nineties, but still today the scene develops more and more. Furthermore, new styles occurred like Schranz, Electro, Minimal. Nevertheless the House music is the one which fanned out most and could assure commercially its place in the German scene.
Warehouse was the only club which underwent, advanced and developed all these generations. Warehouse is a root of this music scene. Greatings Yena Head of Warehouse
www.facebook.com/warehousefans
http://www.youtube.com/warehouseclub
http://www.twitter.com/warehouseclub