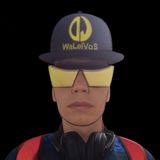 Never miss another
show from waleivos

Waleivos stage name of Walter Allex Silva Medeiros, is a DJ and music producer. Waleivos began his career at the end of 2011 when he joined the Rap Pretos de Atitude group as a DJ, it is up to him to scratch, add sound effects and play the bases chosen by the group or the creation of the bases themselves, which are those beats that accompany the lyrical, giving the right rhythm for these to be sung, and also making solo performances playing and mixing music from various musical genres such as Electronica, Funk, Hip Hop, Rock, Reggae, Samba among others.

In 2014 he started producing authorial songs and released the electronic music album Waleivosounds. In 2019 he releases the remix of his song Let's Go, and in that same year he manages to be in 1st place of most listened artist in Rio Grande do Norte in the ranking of the website palcomp3.

In 2021 Waleivos is producing and launching new copyright...