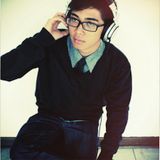 Never miss another
show from vivalavindra

Lucky Alvindra as known as DJ Vindra, is one of Bandung Best Local DJs. Started to enjoy dance music since he was 14 years old, by coming to several underground party around his city. Through years, his curiosity getting bigger and finally when he’s entering 16 years old, he started to learn how to mix a track, as he found something that called a “great talent inside”. In the end of 2006, this young boy has already start his DJ-ing career as a promising nu-breed DJ at Electronic Dance Scene. His status as one of rising rookie DJ in town is can be seen in 2007 as he nominated as Bandung Rookie DJ of The Year by Ozdiscoland Award. And in 2008 his career grown very fast since he signed by one of the biggest DJ Label and Management in Indonesia, Junko.