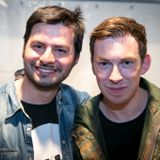 Never miss another
show from DjBonura10

BONURA VINCENZO
------​------​----
Vincenzo Bonura was born in Palermo 20 June 1981,
from very small remains fascinated by what is the music of the period on his teenage years, in fact, during the growth becomes an avid fan of Michael Jackson but it also Simult​aneous rock music and dance of the 80s.
In 2011 begins with the project UNLOCKED acolla​borare that led him to share the stage with the most important Italian artists such as Fargetta, Prezioso, Nari & Milani, DjFroMars, Cristian Marchi, Alex Gaudino, Gubellini, Eiffel 65 to name a few artists in the world such as Erick Morillo and , Roger Sanchez, Nicky Romero, Hardwell, Bingo Players, Kaskade, Dimitri Vegas & Like Mike, Eddie Thoneick, Michael Calfan, NERVO, VINAI, Fedde Le Grand, to name others.