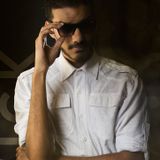 Vick J, music producer/DJ from Mauritius, fell in love and was intrigued by electronic music about more than a decade when he listened to Pakito. He then discovered other ones inspiring him like; Armin Van Buuren, Tiesto, Above & Beyond, Carl Cox, Richie Hawtin, Jean-Michel Jarre, Paul Van Dyk, Cosmic Gate, Raja Ram, Sven Vath, Umek, Hernan Cattaneo, John Graham, and many more. Fascinated, he started learning music production by himself and producing since 2008 with almost the minimum resources.
As the music industry is highly competitive and apprehending his future, he decided to pursue his studies initially sought of as a backup plan to his aspirations in music, but he ended loving what he did until being a Business Law degree holder. Along with other impediments, he was swapping from his studies to music production and djing and as it was very hectic, he was obliged to put music aside for a consequent unproductive period during his journey... More infos on my SM accounts: