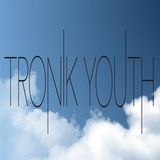 Three acclaimed singles on Back-Yard
(Home of Gossip, Chromeo & Ali Love) and Remixes For Simian Mobile Disco, Rex the Dog, The C90’S, Headman, Mighty Mouse, Shinchi Osawa, and The Filthy Dukes, has only cemented his position as one of 2011 hottest acts. With New single ‘I Know’ getting over 12,000 plays on youtube in a month which has received plays from Aeroplane/Villa/Flight Facilities /Grum/Pete Herbert and many more...and album imminent featuring Guest Vocals from My Tiger, My Timing Amongst Others, he has also released his own label No Dice and has released disco edit EP’s to great acclaim. In the past few years his D.J'ing has taken him all over the U.S.A, Mexico, Brazil and Europe, playing at Razzmatazz regularly. Has played in the last 18months at fabric/XOYO London /Cookies Berlin amongst many others. Plays for Kitsune maison at many events including Lovebox and Heaven