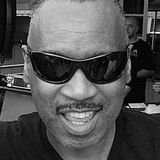 Never miss another
show from tonysmithdj

I grew up in the Smith projects of Lower East Side, NYC. By the time I was 14, he had formed his own band. During breaks between band sets, he played records to keep the crowd buzzed. Getting people to groove and dance to his music became a passion for me. As a young teenager, I scoured the hottest record shops in the City, discovering the best of the latest records before they were widely known. It was on one of these forays that he met and became lifelong friends with fellow DJ, Danny Krivit.

My perspective on mixing records changed dramatically in the early 1970’s, when he discovered David Rodriguez (Limelight), Richie Kaczor (Club Hollywood), and Bobby DJ (Le Jardin). I was also discovering my own DJ skills, which I would apply on my early gigs at black clubs.

My big break came in 1974 when, at the age of 19, he became the resident DJ at a new gay club called Barefoot Boy. In 1976, I was named one of the TOP DJs IN AMERICA by Billboard Magazine.