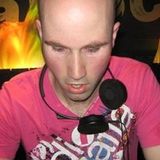 Tommie's career began many years ago when he was just eleven years old where, seemingly out of nowhere, he developed a zealous passion for djing and dance music in general. Since the early days Tommie has progressed to play at a multitude of clubs throughout the UK and Ireland, promoted nights, played festivals, co-presented a radio show and become one of the main residents at two of the South Wests biggest dance brands, Tranzaction and Eyecon at the Dance Academy.

Musically Tommie’s style can only be described as diverse and energetic, mixing the sounds of house, trance, techno, hard dance and anything else in between. Never afraid to push the boundaries, try new sounds and play with the crowd Tommie has proven himself to be a truly versatile DJ whose enthusiasm for the music, strong stage presence and unique tune selection has made him a firm favourites in the South West and beyond.