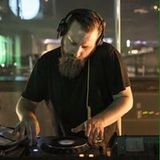 whilst studying in korea in 2009 he realized that seoul needs more quality in music. ever since he started to bring his dj skills to seoul's clubscene. slowly but surely he met the right friends, amongst them soo lee and jin kim of lessnless, to create a new scene for underground techno in seoul.

now that he's finally back he is trying to change the dance music landscape in seoul and broaden the musical horizon by bringing original german techno as well as great disco and house tunes to clubs and bars like vurt, mystik, cakeshop, pistil, midnight seoul, venue, mwg, golmok etc. as well as miscellaneous popup and brand events.

organizing parties with his friends at lessnless, booking great artists from all over the world and being resident dj & music advisor at platoon seoul he is slowly but surely achieving his goal of taking dance music in korea one step further.