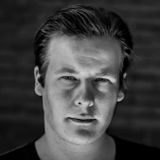 Never miss another
show from TMSV

Firmly established in the dubstep scene for several years, Tomas Roels, better known as TMSV, has decided to switch things up. After taking a few steps back from the music scene to experiment and search for a new sound to call his own, his latest output takes inspiration from jungle, grime, juke, dubstep and other bass music. No longer constrained by genre or tempo, TMSV’s sub-powered, percussive dread music is diverse, yet recognisable.
Aside from being a producer, TMSV is a perfectionist behind the decks and has torn up dancefloors at renowned club nights in Europe and beyond. Not a fan of single-genre sets, he likes to play the wide range of sounds he’s into.
2016 is set to be a big year for TMSV, with numerous high-profile solo releases as well as remixes on various labels.