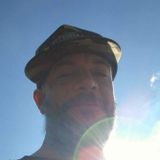 Never miss another
show from timpoboy

DJP OUT OF CONTROL
by DJP ROCK STEADY CREWReposted

I am a life long music head and I grew up listening to records, tapes, c.d.'s and then back to records again in 2001. I was blessed from a young age to have a plethora of musical influences. My grandfather had all the dope jazz records, my dad had the funk, soul and rock, my sisters had the r&b and rap tapes, my skater friends had the punk, hip-hop and gangster rap tapes, my brother had the heavy metal tapes, my buddy Brian had all the underground hip hop, my aunt liked country, my mom the oldies and standards, and I had a really great record store growing up that allowed me to learn about new music because of their great selection and they could special order. This was a huge thing in the 80's and 90's before the internet. Later in life I was exposed to jungle, dnb, trip hop and downtempo and started going to raves. Since age 12 I always wanted a proper djset up. In 2001 I finally realized the dream and bought my first set of Technics 1200's and I have been dj'ing and digging since.