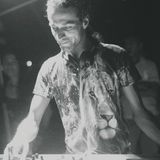 Never miss another
show from TimTim

Support TimTim by subscribing directly to this channel and get access to exclusive rewards.

Over the past decade Sri Lanka party goers have experienced a dance revolution and throughout each progression Tim has been an influential factor. Today Tim is considered one of Colombo’s most respected and preeminent DJ’s and event coordinator, a reputation earned over a career spanning 20 years.

Tim has headlined many of Colombo’s premier clubs, five star hotels and events. In fact it’s a good bet that there is not a single venue’s dance floor to be found in town that has not experienced one his sets in their full glory. He plays House, Tech House, Deep House, Latin House and Lounge Music to name but a few, although you will most probably find music from every era imaginable in his music box!!

Multi talented and versatile, his knack of playing music to suit any event makes him one of the most sought after artistes on the island.