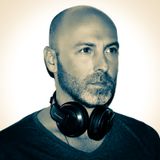 Theodore Apostolopoulos was born in Athens, Greece in the 70s. He started his DJ career in 1990. His professional background has taken two paths, since he is not just an established DJ (in Greece and abroad) but he has also taken a variety of steps in discography both as a compiler and a producer.
DJ Theodore is the producer of the hit “Ride to Athens” composed especially for the Athens 2004 Olympic games and also the founding member of "Caldera" music group with the very popular “Seagull’s Theme” released by the Universal records.
He is the compiler of the series “Akrotiri Various Artists” released between 2003 and 2015 by Sony-BMG and Virgin-EMI.
Moving to the events section, DJ Theodore has played in various clubs abroad as well as in the best clubs in Greece. He has also played in Athens 2004 Olympic games main events, private parties for international celebrities and major companies.
He attended Winter Music Conference from 2005 till 2017 at South Beach, Miami.
More info inbox me