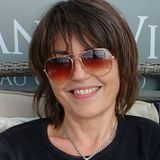 The Fantastic Laura B

Never miss another
show from The Fantastic Laura B

The Fantastic Laura B

Laura B is a French music artist who has quietly made her way to the forefront of her genre without having to court the kinds of media hype and hyperbole that many lesser artists seek. While you may not know her name, she has composed, sang, engineered and produced music for EMI, Universal and many indie labels worldwide and is regularly playlisted by some of today’s most influential club and radio Djs such as Paul Oakenfold, Laurent Garnier and Pete Tong. Her unique brand of chilled, progressive, yet beatsy and organic electronica has graced live stages to critical acclaim across the globe with gigs in Europe, USA, Japan, India, the Caribbean, and closer to home as a key part of the legendary Big Chill festival in the UK.