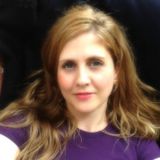 StandardSounds Mix: November' 15
by The Standard

StandardSounds Mix: July
by The Standard

StandardSounds Mix: August '15
by The Standard

StandardSounds Mix: May
by The Standard

Tamsin Rosewell has worked with producer, Tim Jenkins, for five years, broadcasting on subjects of art, literature, history, music and politics. Their work explores everything from themes traditionally associated with folk music, such as sea and sailor songs and songs of fairy-lore, to current issues like Fracking, political satire and tales of rebellious women. The character and content of the shows is driven by writer and presenter, Tamsin Rosewell’s passion for the history of folklore and her work within the book industry, as well as her background in Westminster and Whitehall. Tamsin has also worked for English Heritage and led tours of the three Cathedrals in Coventry, covering everything from the Anglo Saxon landscape, to post-war art. She teams up with musician, composer and producer Tim Jenkins, whose background in TV and Music Publishing, and own interest in politics, economics and philosophy, adds to the mix.