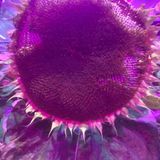 Never miss another
show from sunflower.fm

Sunflowers: those big faces, and the tilts of their heads - this one sympathetic, this one haughty, this one jaunty - so human. Grown from small seeds, in a few short months they gain stature, hair, veiny green stalks and leaves. Moving to follow the sun, they toil through their short season to produce one big flower, the centre of which is all seeds, ready to disseminate the next generation.

Before radio, electronic communication was always one-to-one. When radio came along, the new 'one-to-many' model was described as a 'broadcast', which was originally an agricultural term, a way of sowing seeds that mimics nature's mechanism: the sower takes a handful of seeds and casts them onto the ground with the sweep of an arm.

BROADCAST's archive of shows can be listened to here. For more information contact sunflower.broadcast@gmail.com