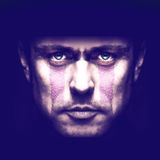 Never miss another
show from SUGARSTARR

Hi! I'm Sugarstarr! DJ and Producer, based in Vienna (AT). In the Musicbiz since 1998 I had a few #1 Club-Hits released on labels such as Spinnin‘ Deep, Enormous Tunes, Ministry Of Sound, Kontor, Positiva, Universal, Sony, Defected, Toolroom, Subliminal, WePlay and many more. The type of style which is typical for my Sugarstarr project can be described as Deep-Funky-Techhouse with Vocals & Soul. One of my latest releases was called "Hey Sunshine"​ and hit the #1 in the Beatport-Charts for 8 weeks in a row. It's supported by the likes of Claptone, EDX, Oliver Heldens, Fedde Le Grand, and many many more.