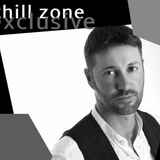 John is born the 15 April of the 1980.
the music enters in his life as a game in fact already from the first years it experiments with the musical machines that it had available in his house. The passion goes on in the years and in 1992 it purchases its first vinyl, accumulating subsequently musical experiences. John has begun to make to be known to the public exhibiting himself in occasions of private parties and various evenings in places and discopub. In 2003 it realizes his first musical track bringing it over ocean in the environments of the WMC to Miami in Florida. In the same year he founded the Ldu records churning out after the other different track and remix appreciated by many djs of the jet international set. Also produced a compilation mixed by himself with a lot of positive feedback.His music travelling around the europe changed and had a lot of transformations and different choices,that have contributed to become in the following years what it is ONE TO ONE RECORDS