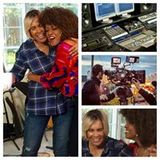 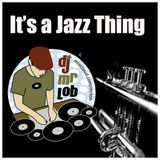 It's a Jazz Thing

It's a Jazz Thing 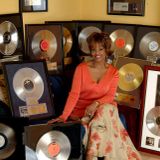 Across the course of a peerless career, Stephanie Spruill represents excellence in music recording, performance, composition and education in a profound plethora of ways…in every genre…and on all of Earth’s 7 continents. The God-gifted and studied coloratura soprano ascended from A-list music, film and television sessions singer, and international touring sensation to starting her own La Pantera Records imprint for releasing solo albums in English and Spanish. She then opened her own Spruill House Music School of Music and Artist Development, Inc., and authored the instructional book and companion CD “Stephanie Spruill’s 17 Points to Longevity in Show Business” – with the emphasis on business. Also, Stephanie is up For Your Consideration for a Nomination for the 58th Grammy’s. Stephanie performed at the Grammy Museum to a sold out 3 standing ovations audience on Oct 3rd 2015. Stephanie has 100's of Gold, Platinum and several Grammy awards to her credits.