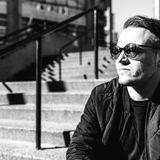 Radio host of The Groove Radio aired at Save on Radio.

Dark, percussive, melodic, driving, and groovy would be just a few ways to describe Norman’s sound. Hailing from Toronto’s underground techno scene, Norman is well versed with his sound when it comes to his productions and dj sets.

It all started for him when he found his love for tech house and techno from regularly attending events at The Guvernment, an iconic Toronto nightclub in which he eventually djed regularly. Through this and establishing other residencies, he began to make his mark on the Toronto techno scene.

Since then Norman’s sound has flourished as he has spent countless hours developing his craft. With a handful of releases under his belt, you can expect to hear Norman’s sound from all corners of the