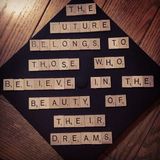 Never miss another
show from Sotirios

Sotirios aka Sotokkan first approach with music, dates from the early 80's.
He started djing Rock and Punk Rock in clubs and bars of Athens, and also was involved in various live projects, rock bands etc.
In 1991 he discovers the world of Trance through parties from the Athenian scene, and in 1995 he visits Goa for the first time.
After traveling, when back, he organizes plenty of underground outdoor parties.
He is also an active DJ for more than a decade on Ios island.

In 2000, his musical life changes when he finds himself influenced by chill out and dub electronics.
He becomes a member of Direct Connection, a well known electroDub music collective and founders of SUBnDUB music laboratory around 2003, where he handles live electronic synths and samplers

But he never stopped to DJing and collecting night style trance music, all those years,
making him an experienced sound maniac.