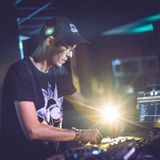 Never miss another
show from Sonokaïne

This music chameleon get into djing in french freeparty during 2007. He was involved in ceveral soundsystem :

Always in quest of sharing, he has know how to evolve his passion according to all musicals waves during all these past years . He is a master to find oldies remix and groovy stuff.

Still growing up on local Underground scene, he was contacted for more clubbing booking last years & aslo local festivals, his carieer is profiling step by step...