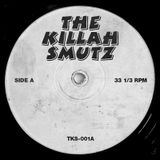 Never miss another
show from Smutlee

With over 20 years experience, from holding down residencies at Fabric and YoYo in London to tearing down clubs in Ibiza, Paris, New York and LA, Smutlee’s versatility as a DJ and Selector has been his strength to get a party rocking. Smutlee is as comfortable playing a main room club set as he is more recently providing vibey deeper cuts for private members venues such as Soho House and The Ned.

Now holding it down in Melbourne where he has been representing the UK sounds, supporting touring artists such as Skepta, JME, Big Zeeks & Novelist and DJing regularly in clubs across the city.
⁣
On top of all that, he can boast guest slots for Radio 1, Rinse FM and Kiss⁣ FM, as well as bookings from the big guns of the fashion world – from⁣ Nike, Adidas and Puma through to American Apparel, Maharishi and Vice⁣ magazine.⁣

Expect to hear Smutlee mixing up the styles, never expected, always on point.⁣