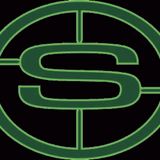 Slinky has become a name synonymously associated with breakbeat. Notable Gigs playing at GLADE festival UK in the Breaksday Tent, to Falls Festival (2013/2014) Australia. Slinky's other feats include playing Ministry of Sound (UK), Supercharged (UK), De Vloer (Holland,) Wink (India) to Space Base festival (Slovenia) and Reactor in Sweden. Nationally has played Falls Festival, The Big Day Out, Vibes on a Summers Day, SummerfieldDayze and Splendour in the Grass Festivals 200-2015.
2008 saw slinky sign his remix of The Groove Diggerz "Time Kontrol" to their UK label Breakin Even) . 2009 another release "The Darker Phaze" on Rapid Fire Records (Canada), 2013 his "Pop It" Remix on VIM Records (Greece) & a string of originals on his label "Slinksta Records" in 2015, some having attained a #10 spot in Beatport’s Top 10 Must hear breaks tracks!