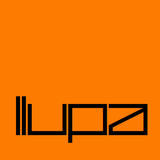 Never miss another
show from llupa

He started writing music while working in a recording studio in London. At the same time Big Beat was going through it's boom and so he was heavily influenced by the likes of Fat Boy Slim, Chemical Brothers, Crystal Method, Meat Katie, alongside the mighty Underworld and Leftfield.

In 2016 his focus moved away from Breakbeat – a genre he spent 15 years entrenched in – shifting to more of a deep house, deep techno and electronica direction. This has spawned a new show called 'The Deepness' where each fortnight he explores this deepness to mold a journey to get lost to.

This shift has also influenced his productions with some similar tunes in the works at Llupa studios.