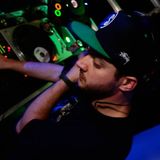 Never miss another
show from Serum

A combination of hard graft and over 15 years of experience in DJing and production has seen Serum become one of the most prolific producers and remix artists in drum & bass. His mix of vintage jungle and futuristic modern jump up has shown widespread appeal, with tracks being picked up by many of the scene's biggest brands, such as Dread, V Recordings, Critical, Shogun and Philly Blunt.

As well as his solo work, Serum is one of the few modern artists who can create an up to date remix of a classic that is still faithful to the original. This has seen him rework timeless jungle tracks such as Taktix's “The Way” and Dillinja's “Gangster”.

Serum's reputation as a top class DJ has seen him playing all over the globe including many of the top venues such as Matter, Ministry of Sound, Fabric and Subdub, where he has showcased his rapid fire blend of upfront smashers and classic old school remixes.