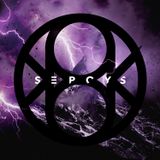 Never miss another
show from Sepoys

Sepoys, aka Rohit Tandon, is a Vancouver BC based producer. Currently working on his own Liquid Drum & Bass and Jungle productions, he has released tracks on labels such as Boomerang Records (UK), Nrtya Culture (IND) and Antariskh Records (IND).

Experimenting with music software since the mid 90’s , he got his first recognition in 2012, when Bobby Friction from the BBC Asian Network played Sepoys’ Bollywood remix of Kishore Kumar's "Yeh Jawani Hai Deewani" he knew he had to produce regularly. Fast forward to 2017. Sepoys is living in India and starts producing full time, focusing on the softer melodic side of D&B and Jungle. He also launched his monthly show on Boxout.fm called "Verdura Vibes". Bringing downtempo and lounge vibes, he would dig into his favourite tracks that influence his own productions.

When not in the studio, Sepoys is a Digital Art Director, a husband, an animal lover and engages with the local Vancouver producer community at Groundwerk meetups.