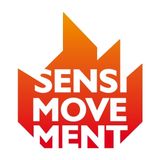 The Sound, founded in Chemnitz in 2003, has moved their homebase to Berlin and has also representatives in Zurich/ Switzerland and Mandeville/ Jamaica.

The crew is specialised in juggling. They have been to France, the Czech Republic, Finland and in numerous cities in Germany to nice up the lawn.  Hence, Sensi Mvmnt is not just a party sound. They took part in clashes in Leipzig (January 2004), Berlin (October 2007), Mannheim (December 2008), Wuppertal and Gothenburg/ Sweden (both December 2010).

Besides the entertainment on stage, the Sound is spreading its vibes also through mix tapes and CDs. They frequently release one- artist, new tune, classic or vintage, reggae and dancehall mixes.  Sensi Mvmnt also organised several tours and shows for artistes such as Bramma, Konshens and Delus aka Sojah, Elephant Man and for Sounds from all over the globe.