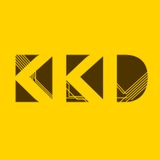 The King Kong Disko was founded in 2004 in Hamburg as a collective of several DJs who had already been playing successfully since the late 90s.
Having been an important part of the Hamburg Dancehallcommunity for about one decade, the King Kong DJs can look back on hundreds of Sets having played gigs all over Germany as well as in Switzerland, Italy and the Czech Republic.

The King Kong selection typically contains a large quantity of different styles from all over the world. Beside the obligatory jamaican Dancehall-Vibe, King Kong Disko always play a wide range of music, reaching from clubsounds like Hip Hop or Jungle on to the newest Hittunes from places such as Trinidad , Ivory Coast, Ghana or Uganda.

On the basis of this great stylistic variety, the Gorilla Crew is also hosting the Tropical Heat radio show on the Grimme Award winning station Byte.fm on a monthly basis since 2008, taking turns weekly with other European Top Sounds.
http://www.facebook.com/KingKongDisko