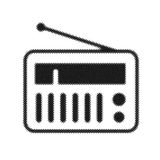 / Selectro is basically a selection of electronic music with a content that underwent many changes in time. Based, from early beginnings, on audience needs, Selectro soon earned its prestige and became a product to be exported to clubs and festivals in Romania.
/ Selectro is invited to organize its own scene, with local and foreign guests, on the platform of Sunwaves Music Festival - SW8/ SW10
/ In 2010 and 2011 Selectro gets the award for the "Best concept for a party series in Romania" at the Nights.ro Awards.
/ It made its debut at Activ FM Radio Station in 2010. The show was intended to be from the outset, an interactive one, broadcasting live guests performances - keeping its main focus on Romanian artists. In 2015, the show swithched to Dance FM Romania.
/ 2017 is proving to be a perfect year for the official launch of Selectro as label featuring eclectic Deep-Tech House releases.